Home Tips How Many Different Kinds Of Cheese Are There In The World?

Who doesn’t love cheese? There are so many kinds out there with various textures and flavors that it is hard to find some cheese that doesn’t work for even the pickiest of eaters. From blocks of processed cheese to creamy cheese made fresh, you won’t believe the kinds available to you.

But how many different kinds of cheese are there in the world? There are many estimates, but even the lowest acknowledges almost 2,000, so you better have a good memory to learn about them all.

How Many Cheeses Are Out There? 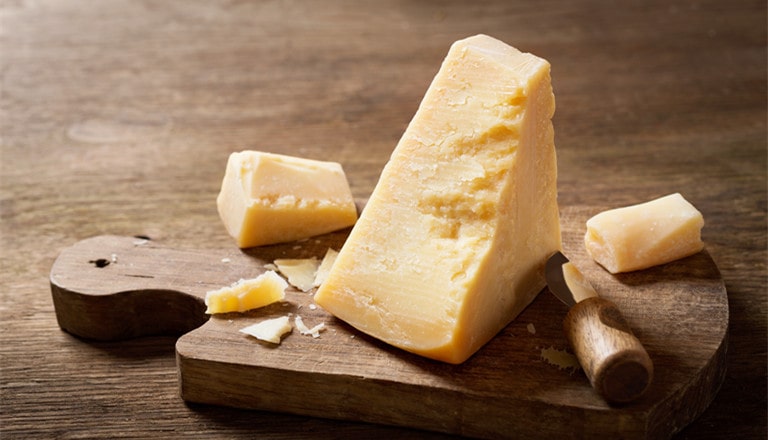 The exact amount of types of cheese in the world isn’t known, but we do know there is quite a bit. In Wisconsin, USA alone, there are well over 600 cheese types. However, by a few different estimates, around 1,800 different kinds seem like a good ballpark guess.

That already seems like a lot, but that doesn’t include any new cheeses that might be created, which is happening all the time, all around the world. Also, that estimate only includes recognized cheeses, so if a cheese hasn’t been recognized yet by cheese enthusiasts, it doesn’t count.

What Are The Seven Categories Of Cheese? 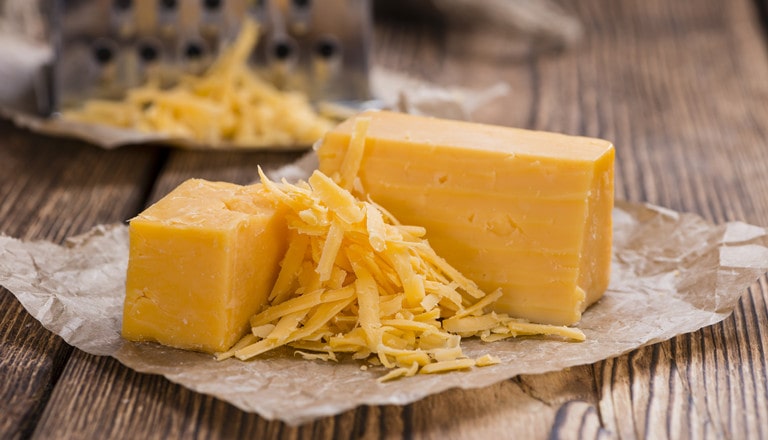 Unfortunately, there are many different ways to categorize cheese. We will cover the two most common, which break cheese down into seven categories. However, people sort them out in various ways.

Some of those ways include:

Cheese is most often broken down into seven categories. These categories are a mix of different features including:

Even though a lot of people can agree on seven categories, they can’t agree on the categories specifically. So we have included two examples of ways people might classify cheese.

These cheeses have no rind. This means that they look the same throughout. They are usually very new cheeses, only a few days old or so. They are often kept in a liquid to preserve them, so will often feel wet. However, they can also be wrapped or encased in something that isn’t wax or a rind, like herbs.

The only difference between the fresh and aged fresh is how long they have been allowed to sit. They are often the same cheeses but are allowed to sit. Sometimes, they sit until mold starts to grow, but sometimes they are just allowed to get a thin rind.

Usually, the cheese dries out a bit here, so it doesn’t feel so wet or stringy.

These cheeses are often allowed to age until a mold forms a rind around them. The mold isn’t blue, but white and fuzzy. This is done to keep the inside soft and creamy while hardening the outside. They may have a stronger flavor as they age.

The rind on these is often gray, brown, or orange. They are pressed while aging to remove excess whey so they aren’t as soft and creamy. They are often described as having a leathery exterior and a rubbery interior. While this doesn’t sound good, the texture is often pleasant and the flavor earthy or sweet.

Hard cheeses are what you are more used to in the grocery store. They are pressed for a long time to get rid of individual curds and to solidify the cheese. Sometimes, they may have a rind that is crusty, waxed, or oiled.

Often, they take longer to mature as they have far lower moisture content than other cheeses.

As the name suggests, the blue category is generally for types of blue cheese. This color and mold integration throughout the cheese occurs due to blue penicillium mixed in during the curdling process.

A fun fact is that although blue cheese has penicillium, it isn’t the same as what makes the medicine Penicillin, so those that are allergic to the medicine can still eat blue cheese.

The final category of cheese is flavored cheese. No matter the consistency or type that the cheese would normally fall into, if it is flavored, they move down to this category.

Any addition to the cheese is considered a flavor, including nuts, berries, oils, and herbs.

Examples: Gouda with Cumin, Lancashire with Chives, Pecorino with Truffles.

As you can see, while this categorization is nice, it isn’t the best. Mostly this is due to the amount of overlap. Categories one and two are basically the same and encompass the same cheeses.

Also, in category two, it says that aged fresh cheese can be coated in herbs, but it isn’t counted as a flavoring. Additionally, there is an argument that blue cheese is technically flavored.

As the name suggests, these cheeses are unripened and can be considered fresh cheeses. They are generally white and soft.

These cheeses have aged a little and may have a rind. While they may not be as soft as unripened cheeses, they are still relatively soft.

These are usually creamy or runny. They are ripened cheeses but are often ripened from the outside in, creating a gooey center.

Hard-ripened cheeses have anywhere from mild to sharp taste. Some of these are white, but others are orange. They are firm without any soft or gooey consistency.

These are hard cheeses aged for several years. They have a strong flavor and are usually grated over meals to add salt and flavor.

Also known as Chevre, these cheeses are made from the milk of goats instead of cows. They are white and often have a slightly more mild flavor.

As you might expect, these are blue cheeses. They have marbling of blue, green, or black mold throughout the cheese.

As you can see, there is some overlap between these two lists of cheese categories. However, this one works a little bit better. Not only is there less overlap between categories, but it is categorized based on texture and things that even the common purchaser could differentiate.

What Are The Fifteen Different Types Of Cheese? 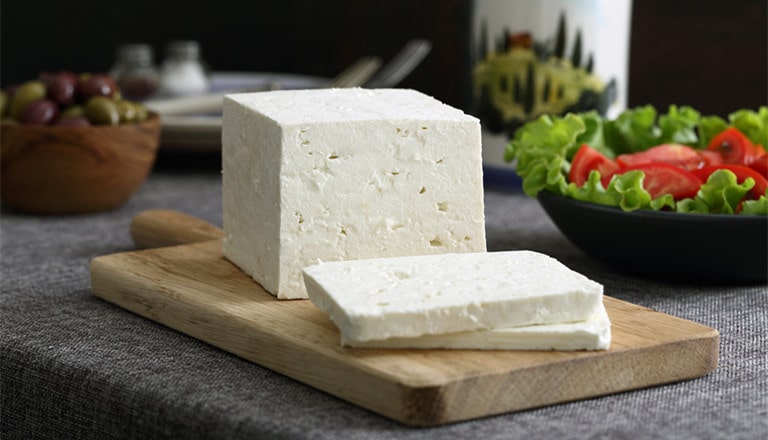 However, here is a list of the top fifteen.

If you’ve already heard about and tried all of these, it may be time to get into a more niche category of cheese favorites. But if you haven’t already tried them, here is a good opportunity to try out favorites from around the world and broaden your palate.

What Is The Rarest Cheese?

The rarest cheese in the world is considered to be Pule Cheese. Not only is it the rarest, but it is also the most expensive cheese in the world, at $600 per pound. This is because it is made in only one place. Pule Cheese is made from Balkan donkeys which are only found in the Zasavica Special Nature Reserve in Serbia.

The animals are endangered and have to be milked three times a day just to make the amount of cheese they do. The cheese is later smoked to give it a strong and rich flavor.

What Is The Oldest Cheese? 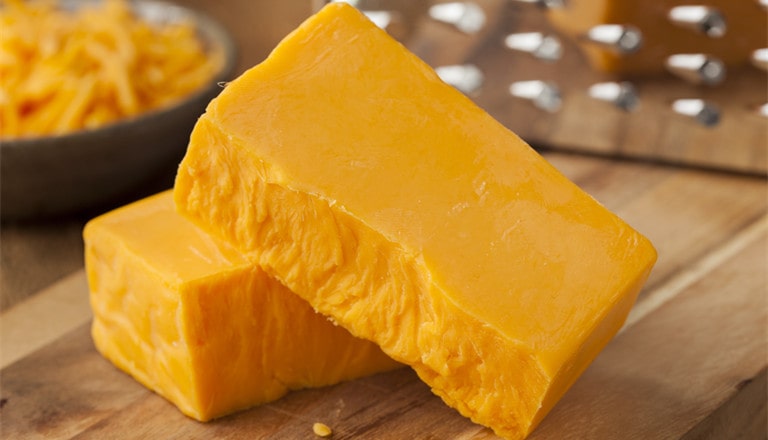 There are a couple of ways to answer the question. The first is, what cheese is physically the oldest? Well, one of the oldest cheeses still considered edible is a cheese that a man found in the back of his store in Oconto, Wisconsin.

It was a cheddar that had aged for 40 years because he forgot about it until his store went out of business and he was clearing it out. He also found two other cheddars that were 34 and 28 years old. The cheese was delicious and slices of it were put on Cheese Mart’s website.

The second is, “what cheese is aged the most before being sold?” For that, the answer is the Bitto Storico cheese. It is regularly aged for anywhere between five and 10 years, and the oldest one was aged for 18 years. One was sold at 15 years old in China and went for $6,400.

Unfortunately, there aren’t many of this cheese available, not only due to the long aging process but because there are only around 12 producers left today.

Finally, there is the oldest cheese ever found. There are a few arguments about this one. There is an argument that there is evidence of cheese from cows dating back over 7,200 years ago in the Ancient Mediterranean. However, there are arguments that the fats were from meat and not dairy.

Another one is from 7,000 years ago in Poland. Some of the pottery shards found in the area looked like a cheese strainer and testing did show signs of fat that could be from dairy and cow fat specifically.

In China, 3,600 years ago, there were signs of not necessarily cheese, but still dairy. Though the mixture was more of a kefir from cow’s milk than cheese, some people still argue that it should count.

What Is The Most Popular Cheese In The World? 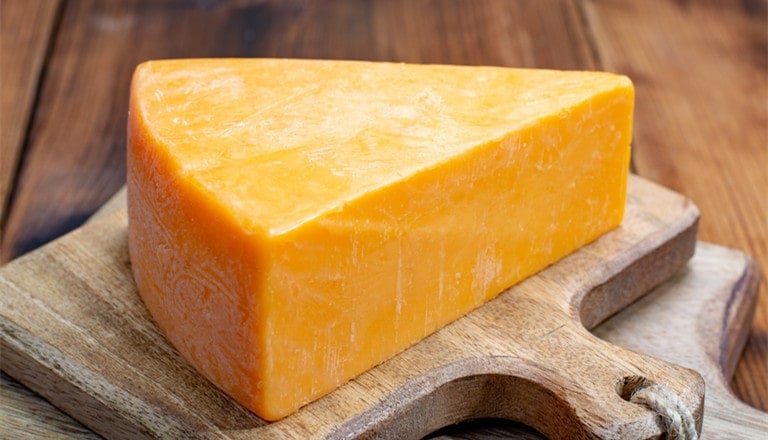 In the United States, all milk must be pasteurized, and raw milk or items containing raw milk cannot be used. This means that two out of the top 10 kinds of cheese in the world are unavailable to cheese lovers in the United States.

What Is The Weirdest Cheese Name?

There are plenty of weird cheese names out there that you can take your pick from.

How Many Types Of Cheese Are There In America?

There is no specific amount of cheese in America. However, there is thought to be well over 600. Out of that 600, about a third are thought to be processed cheeses. Besides the base 600, there are many other variations, such as flavored versions, colors, and more.

How Many Types Of Cheese Are There In Italy?

Well, the fact is that only 500 out of the 2,500 estimated varieties are commercially recognized. So while there are many more cheeses out there, only about a fifth of them are recognized and put into the running total of cheeses throughout the world.

How Many Types Of Cheese Are There In France?

France has 246 accepted kinds of cheese, but there are estimates that there are around 1,600 different distinct French cheeses throughout the country. Again, like Italy, there aren’t many that are recognized throughout the world, but a lot of local variations.