About This Apple Tart with Cinnamon and Honey Recipe

Fall is in the air, and that means apple season is upon us! Apple tarts are a classic dessert that can be enjoyed in so many ways. This version is simple but the addition of cinnamon and honey makes it so much more flavorful.

This apple tart is easy to make, elegant, and delicious. The tart crust is made with a combination of rolled oats and almond flour, raw honey, coconut, lemon zest, and coconut oil, while the filling is made with apples, almond meal, and cinnamon.

The recipe begins with a crust that you don’t need to roll out, and you don’t need to chill it either! Inspired by the graham cracker crust, it’s a simple stir-and-press mixture that uses coconut oil to bind the ingredients. Only instead of graham crackers, you use rolled oats and almond flour. The result is a crust that is both light and flavorful. And best of all, it’s super easy to make!

The apples in this dish are cooked in two ways — as a sauce and as slices. First, the washed and cored apple chunks are puréed and blended with cinnamon and almond meal until you get a medium-thick sauce. Once the apple sauce is ready, it is spooned over the crust, and topped with the apple slices that are lined up in neat, even rows. The whole thing is then baked until the apples are soft and turn golden brown.

This tart is almost too pretty to eat — almost, because you will not be able to resist the warming aromas of this apple tart!

So if you’re looking for the perfect apple tart recipe, look no further. This one is sure to become a family favorite. There is something about this dish that just feels comforting, and I am grateful to have it in my life. Enjoy! 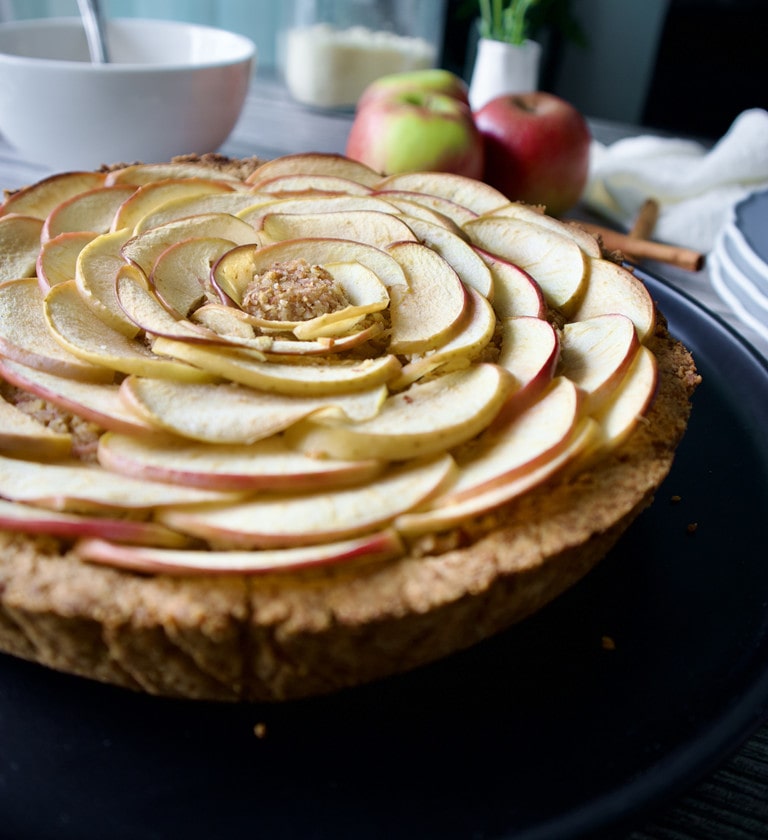 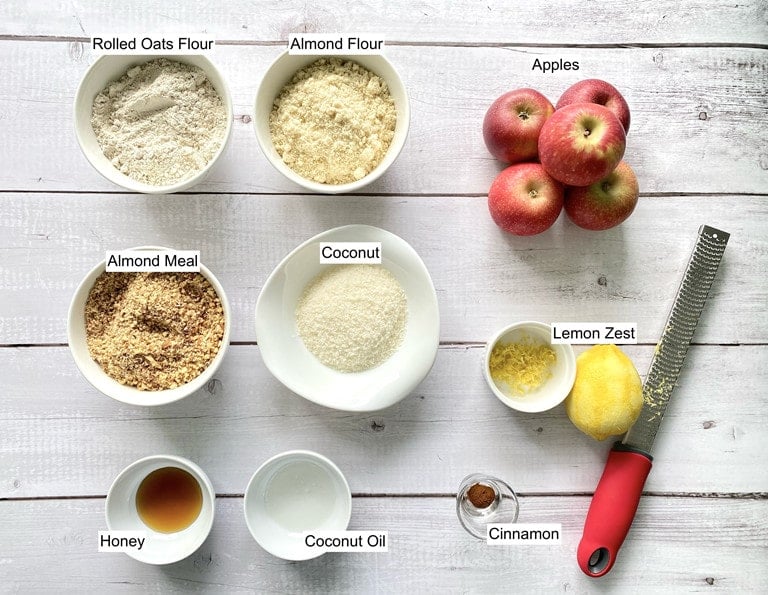 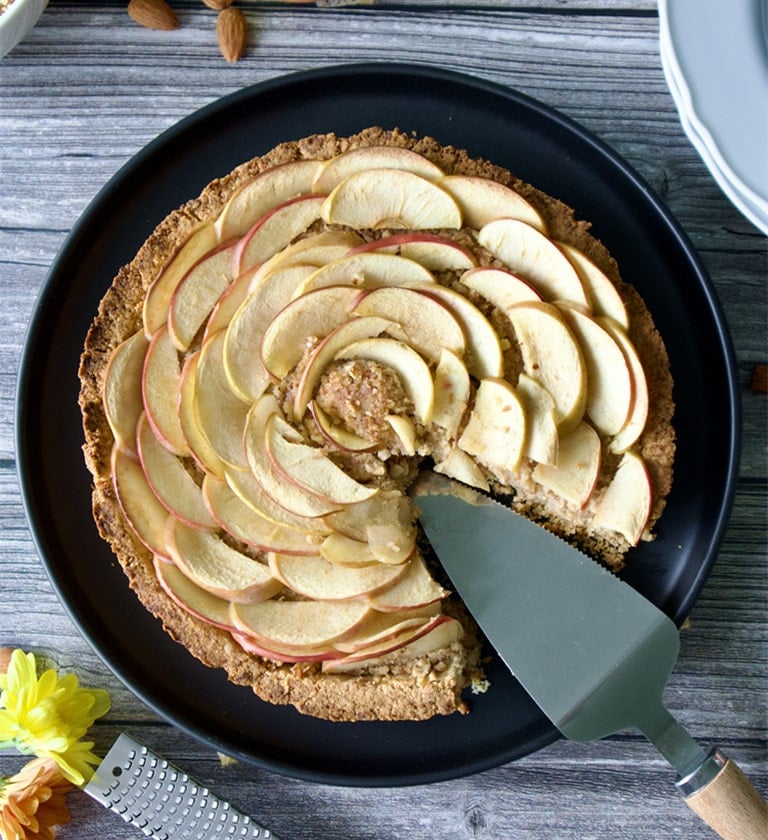 Can I make this tart gluten-free?

Yes. To make it gluten-free, you just need to use certified gluten-free rolled oats flour.

How to store this apple tart with cinnamon and honey?

You can store the tart at room temperature, simply covered loosely with foil or plastic wrap for 1 day. Or you can store it in the refrigerator for up to 3 days.

What is the difference between an apple tart and an apple pie?

The apple tart has only the bottom crust, while the pie usually has the top layer of dough over the filling. 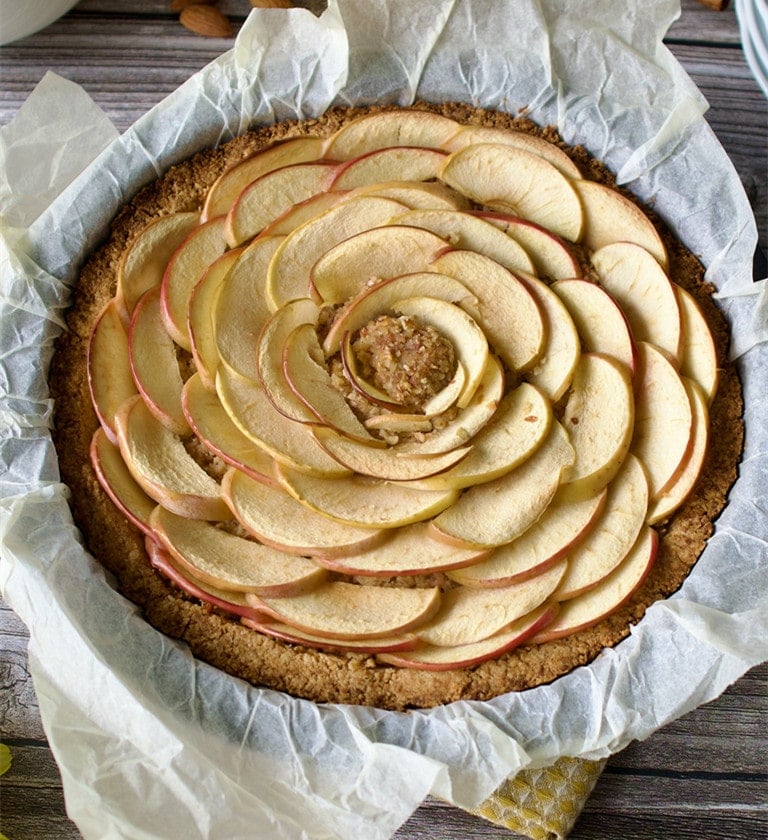 Apple Tart with Cinnamon and Honey

Easy to make, healthy, and incredibly delicious, this apple tart with cinnamon and honey tastes as good as it looks!