About This Brioche French Toast Recipe

French toast is a classic breakfast recipe that we all love. But is it really French? Various experts agree that French toast is a dish that actually dates back to ancient Rome, where it was called “Pan Dulcis.”

The French name is “pain perdu,” meaning “lost bread.” Despite the name, French toast is not commonly found in France. It is more popular in the United States, where it even has its own national day on November 28th!

Today, French toast is known and enjoyed all over the world.

French toast, Pan Dulcis, or pain perdu, whatever you call it, originated from the same intention of not wasting food. So the old, stale bread was sliced and dipped in milk and beaten eggs, fried, and served with honey.

I love recipes that cut back on food waste but not in flavor, and this is one of the best!

It is a very easy and quick recipe made with just a few ingredients. The slices of Brioche bread are soaked in a slightly sweetened egg mixture flavored with vanilla, cinnamon, and nutmeg. The soaked bread slices are then cooked in a pan in hot butter until they are perfectly golden-brown on each side.

For a perfect finish, these buttery, luxurious slices of toast are topped with maple syrup, powdered sugar, and lots of fresh fruits. Absolutely irresistible! 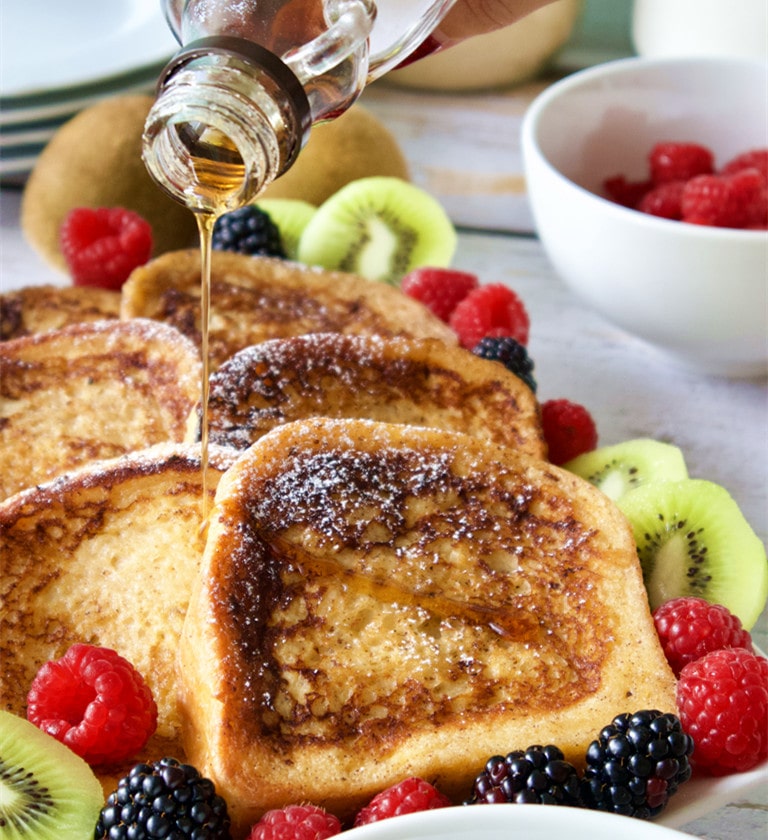 What You Need for This Brioche French Toast Recipe 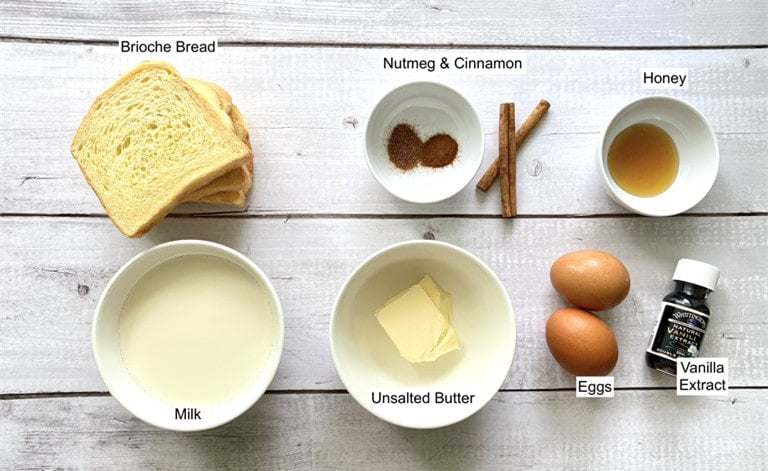 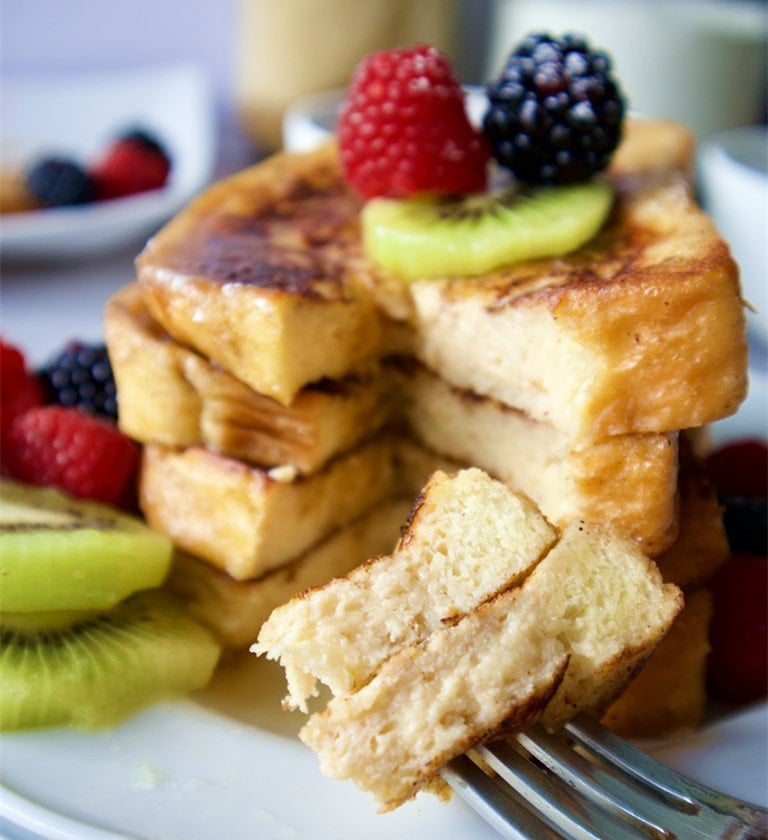 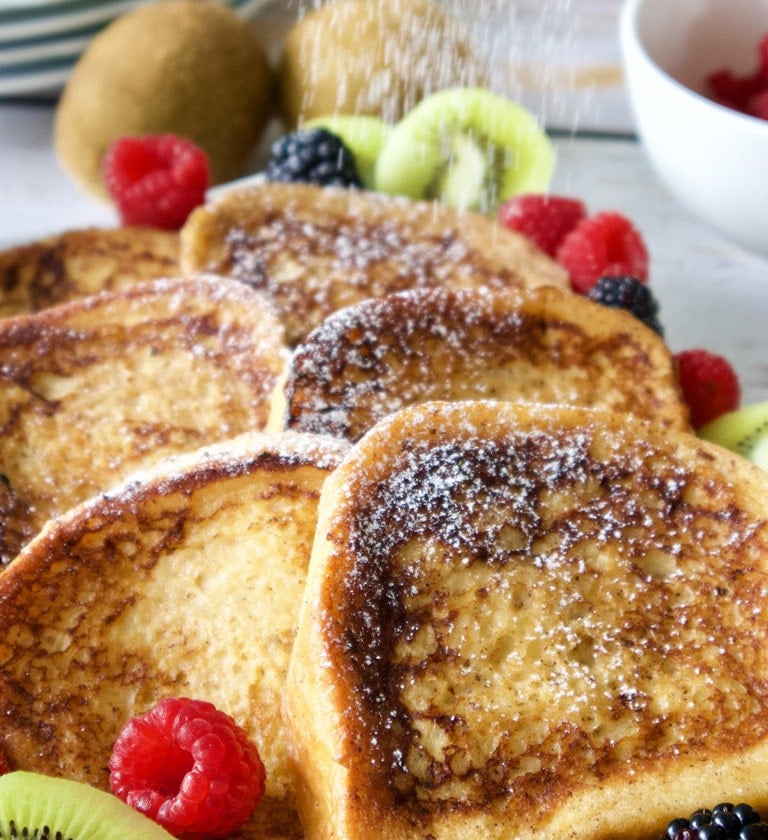 How can I store the French toast?

If you have any leftovers, you may store them in an airtight container in the fridge for up to 3 days.

Can I freeze the French toast?

Yes. Separate the slices of bread with parchment paper and store them in a freezer-safe bag or container for up to 3 months. When you’re ready to serve it, reheat in a skillet with a little bit of butter.

Can I use croissants to make the French toast?

Absolutely! Just cut them in half, dip them in the eggs and milk mixture and cook them as directed above. 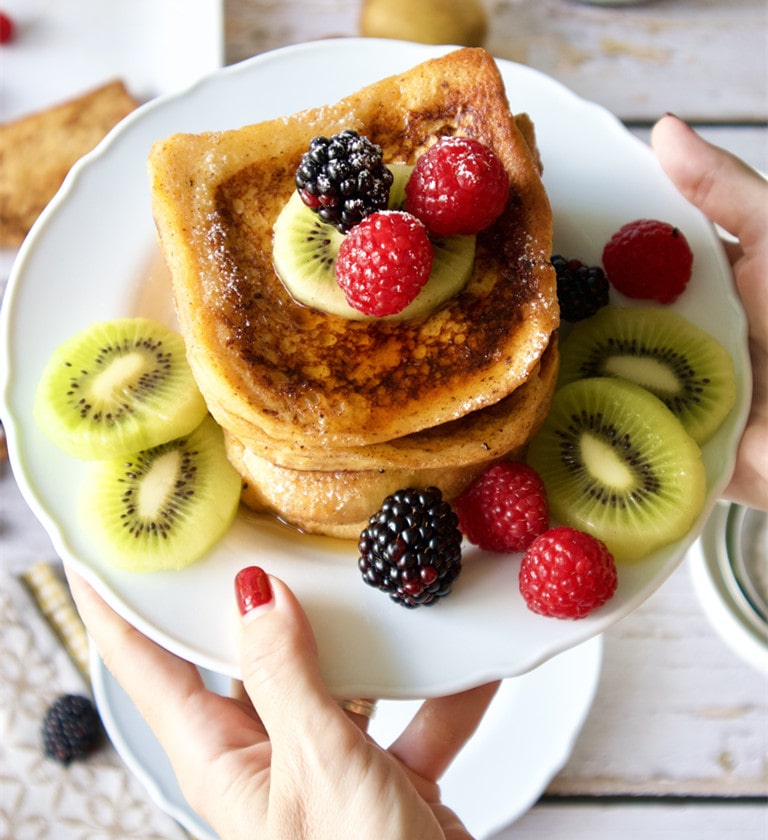 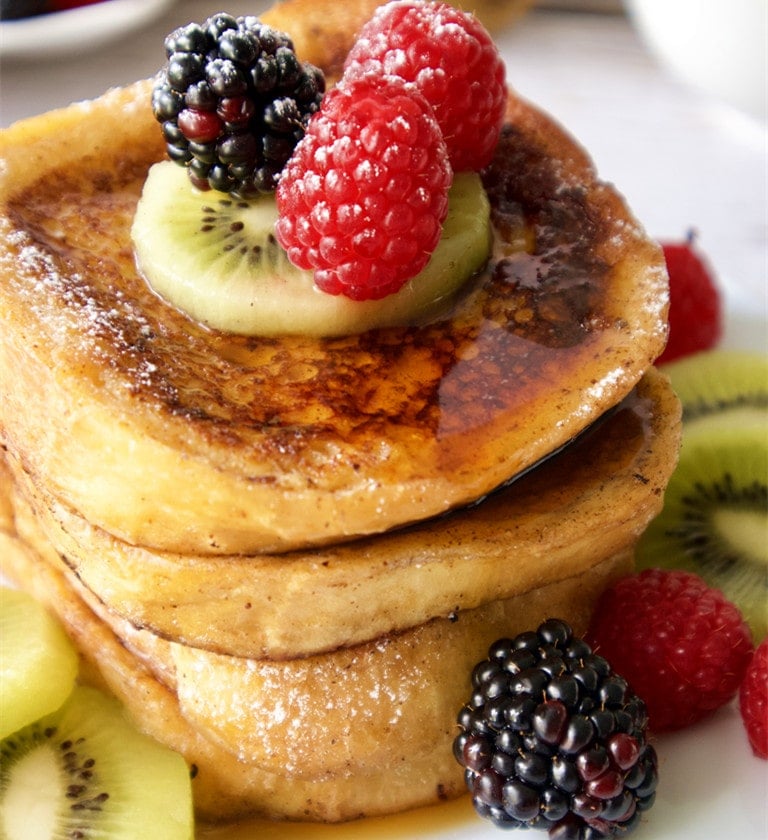 This buttery, sweet, and custard-like brioche French toast served with fresh fruits and a drizzle of maple syrup is the perfect weekend breakfast for the entire family.

How To Make Brioche French Toast Step By Step