Home Tips Who Invented Tacos? Everything You Need To Know

Tacos are a delicious and traditional Mexican snack stuffed with a mixture of beef, chicken, fish, shrimp, beans, cheese, or lettuce. It is encased in a crispy shell made with either corn or wheat flour tortilla, which is doubled or rolled. They are so widely consumed that it even has a separate day of the week – Taco Tuesday.

Tacos are also incredibly popular because you can customize them the way you like. Lime tops the list among the common ingredients used as toppings in tacos, followed by lettuce, chopped tomatoes, diced cucumbers, and cheese tatters. The question, though, is where do the great tacos come from? This article discusses everything you need to know about who invented tacos, their origin, and flavors. 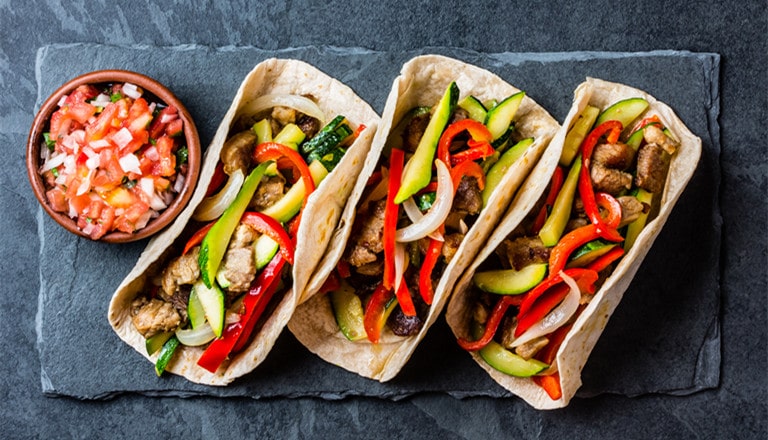 Tacos are the invention of Mexicans as it is their main food. Mexican silver miners invented the taco, which later on was reinvented by the Americans in the SouthWest.

These miners would plug holes with dynamite sticks. Similarly, tacos with spicy salsa were similar to dynamite, exploding with flavors and spice. These tacos were known as tacos de minero which consisted of meat, potatoes, and bacon.

While tacos had been consumed for many centuries before, its first recipe debut appeared around 1930 by a cooking instructor.

A Brief History Of Tacos

Taco is a Mexican dish borrowed from the word Spanish taco means “light lunch”. Each year, Americans in Mexico consume about 5 billion tacos. Most sources state that it originated in the 18th century in Mexico. In 1905, Mexican workers introduced their tacos to Americans. Their popularity increased afterward, probably because of their fantastic flavors.

Tacos’ origins can be traced to the Mexican silver mines. Back then, the first of these tacos were referred to as tacos de minero, meaning miner’s taco. Even the shape of the tacos resembles the stick of the dynamite which these miners used to plug holes.

For many years this delicious food was mainly consumed by the working class. Immigrants eventually took these tacos to Mexico city for commercial purposes, and then the popularity spread to the U.S through migrants who traveled to Los Angeles by early 1900.

Entering America, tacos underwent many transformations, like the addition of cheese, tomatoes, and lettuce. More variations were added to it as tacos became widespread. Seafood tacos, breakfast tacos, and Korean-style tacos were three big inventions in the taco industry.

Types of Tacos And What Goes Inside Them 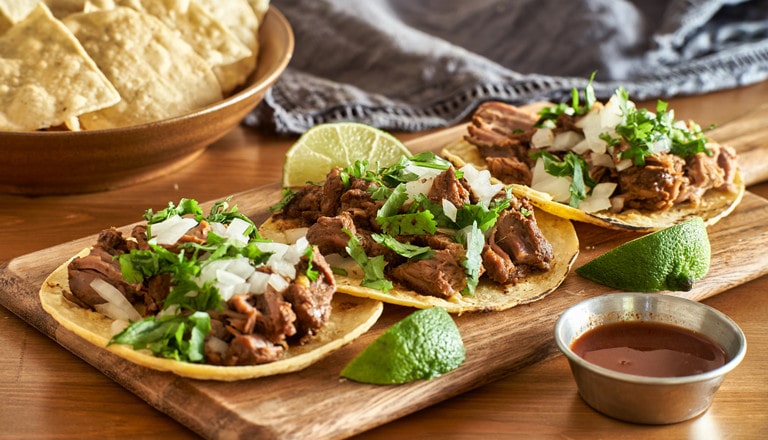 It consists of grilled beef. Asada means “grilled”, so any meat, whether beef, mutton, or chicken, from small cuts to thinly sliced steak, can make a perfect meat taco.

Garnishing tacos de Asada with avocado, chopped tomatoes, onions, cilantro leaves, and a spritz of lime and salsa makes it mouth-watering and delicious. 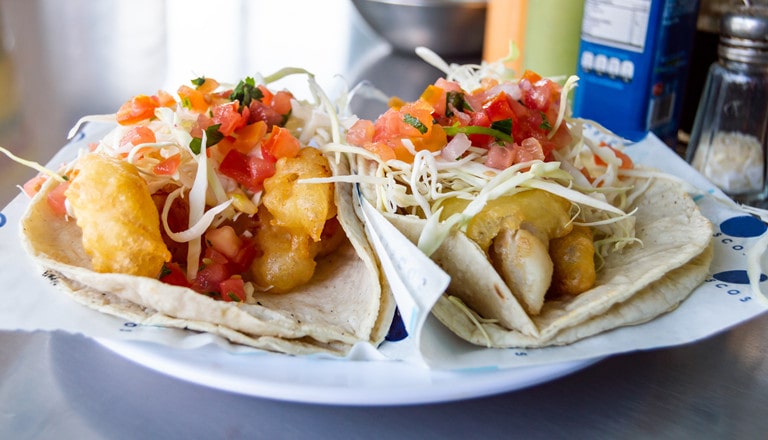 This taco consists of battered fish or marinated shrimp served over a warm and crispy tortilla with freshly diced tomatoes, cucumber, and onions. It is then topped with lettuce and sour cream, and salsa.

The seafood-inspired tacos are served drizzled with lime juice and a bit of parsley garnishing for an extra kick. 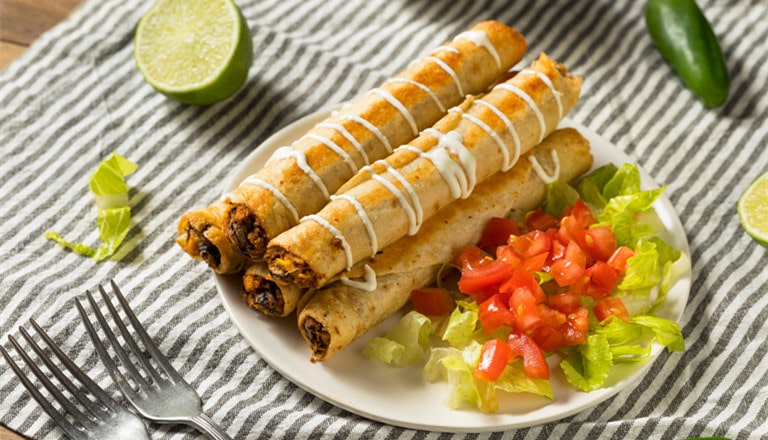 This type of taco uses a thinly rolled tortilla. It is typically stuffed with chicken strips or cubes and topped with shredded lettuce and cheese tatters. Salsa and sour cream are also added to give the flavors more depth.

How Healthy Are Tacos?

Tacos are a versatile food that’s enjoyed across the world. You can customize them with an assortment of ingredients, like adding fresh fruits, veggies, and some meat to make them a healthy option full of protein and fiber and a low-calorie snack.

To make tacos healthy and nutritious, avoid frying the taco shells in excessive oil and adding rich and heavy ingredients like cheese and sauces with fewer vegetables. Make sure to add loads of vegetables for a delicious mix of nutrients, flavors, colors, and textures.

Tacos are very popular due to how simple, easy yet flavorful they are. Plus, you can easily make them at home without breaking the bank.